Speaking Wednesday for the first time since violence started flaring at the start of the week, Biden said he’d spoken at length to Israeli Prime Minister Benjamin Netanyahu earlier in the day. He voiced confidence in a swift end to the hostilities.

“My expectation and hope is this will be closing down sooner than later,” Biden said at the White House. “Israel has a right to defend itself when you have thousands of rockets flying into your territory.”

Biden did not mention the Palestinians in his comments. He has come under pressure this week not only from Republicans, who are urging more robust backing of Israel, but from progressives in his own party, who have grown increasingly critical of Israel and who hope Biden’s pledge to put human rights at the forefront of his foreign agenda will extend to Palestinians.

Appearing on “The Lead” Wednesday afternoon, Gilad Erdan, Israel’s ambassador to the US, defended the Israeli response and told CNN’s Jake Tapper he was “very, very pleased to hear the strong commitment of President Biden to Israel’s right to defend itself, and to the safety and the security of the people of Israel.”

At the same time, political instability in Israel and an indeterminate future for Netanyahu — who enjoyed ample support from Biden’s predecessor but who now exists in political limbo — have lent further volatility.

“We’re engaged in the Middle East whether we like it or not,” former Sen. Joe Lieberman, D-Connecticut, said in an interview Wednesday. “So, we might as well acknowledge that and try to be engaged in the most constructive, strong and substantive way.”

The timing of the latest conflict further complicates matters. Before the violence broke out, the Biden administration had been working in fragile indirect negotiations to reenter the Iran nuclear deal, an agreement Israel opposes so vehemently that it dispatched the head of its Mossad intelligence service to Washington to tell Biden personally that reentering it would be a mistake, according to people familiar with the meeting.

And Biden is facing questions about why he has not yet named an ambassador to Israel — or most other nations — a delay that has led to frustrations among some State Department officials and donors. The President is poised to announce a wave of high-profile ambassador nominations before the end of May, a senior administration official tells CNN, including Israel. The current plan is to unveil the names of about 10 nominees, perhaps more, depending on the outcome of the final stages of vetting that is still underway by White House lawyers.

On Wednesday, White House press secretary Jen Psaki said Biden plans to name a “qualified, experienced ambassador” to Israel in the “coming weeks.” Still, Biden is behind his recent predecessors in naming an ambassador or special envoy.

“It clearly would be better if the US had an ambassador there now,” said Lieberman, who served alongside Biden in the Senate for nearly two decades and is a strong supporter of Israel.

Until an ambassador is nominated and ultimately confirmed, Lieberman said the President should send a US envoy to the region.

“Time is of the essence now,” Lieberman told CNN. “It would be a constructive move to have a temporary envoy working with the administration in the Middle East region from the State Department or National Security Council to go over there on behalf of the President or (Secretary of State Tony) Blinken and see if they can help tamp this down before it gets out of control.”

On Wednesday morning, Blinken said he had asked a top State Department official “to go to the region immediately to meet with Israeli and Palestinian leaders” and urge de-escalation.

Blinken said Deputy Assistant Secretary of State for Israel and Palestinian Affairs Hady Amr “will urge on my behalf, on behalf of President Biden, de-escalation of violence.”

“We are very focused on this,” Blinken said in remarks at the State Department. “The United States remains committed to a two-state solution. This violence takes us further away from that goal.”

Also on Wednesday, the US Secretary of Defense Lloyd Austin spoke with his Israeli counterpart Benjamin Gantz, the latest in a spate of telephone calls from Washington to Israel as the situation devolved. Psaki said there had been 25 “high level calls and meetings” between Biden administration officials and counterparts in the region since the weekend.

One of those calls was between Blinken and Netanyahu Wednesday afternoon. Blinken also spoke with Palestinian Authority President Mahmoud Abbas on Wednesday about “the violence in Jerusalem, the West Bank and Gaza” and to express “his condolences for the lives lost as a result,” the State Department said in a readout of the call. Blinken “condemned the rocket attacks and emphasized the need to de-escalate tensions and bring the current violence to an end,” the State Department said.

On Tuesday, as Hamas rockets rained on Israeli cities, including Tel Aviv, and Israeli airstrikes pummeled Palestinian territory, Biden was briefed by his national security adviser Jake Sullivan, who — along with Blinken — has been in frequent contact with counterparts in the region.

Those conversations, including on the issue of forced evictions of Palestinians from their homes in East Jerusalem, have at moments grown tense, according to US officials. The White House described them as “candid” on Tuesday, generally a term used to describe the airing of frank disagreements between allies.

“His team is communicating a clear and consistent message in support of de-escalation and that is our primary focus,” Psaki said on Tuesday. “The President’s support for Israel’s security, for its legitimate right to defend itself and its people is fundamental and will never waver.”

She condemned Hamas rocket attacks, but also said, “We stand against extremism that has inflicted violence on both communities.”

The eviction situation, centered in the neighborhood of Sheikh Jarrah, has become a main flashpoint amid rising tensions in Jerusalem. Israeli police have clashed with Palestinians for several days, with Palestinians accusing Jewish nationalists of provoking the confrontations.

Biden, who last spoke with Netanyahu at the end of April following a deadly stampede at a religious celebration, has been watching the situation with concern, according to officials. He has asked Sullivan and Blinken to engage directly with officials on the ground in Israel.

On Tuesday, the White House said Biden had also sent a letter to Abbas this week in response to a letter that Abbas had sent him earlier this year regarding the election.

The Palestinian news agency said the letter “dealt with the latest political developments, current situations, and bilateral relations between the United States and the State of Palestine,” though a US National Security Council spokesperson said the missive was “part of this administration’s ongoing outreach with the Palestinian leadership on a range of issues of mutual interest, including ongoing efforts to de-escalate violence and restore calm.”

In a phone call this weekend, Sullivan pressed his Israeli counterpart, Meir Ben-Shabbat, on the evictions issue, as well as encouraging steps to reduce the potential for violence during planned demonstrations on Jerusalem Day, which fell on Monday. Israeli officials eventually took those steps, including changing the route of a parade so it would not go through Muslim areas.

But the violence has still escalated, leaving the White House to continue calling for calm.

Sullivan spoke with Ben-Shabbat again on Tuesday, as well as unnamed Egyptian officials, according to the White House. Egypt played a central role in negotiating a ceasefire in 2014, when violence broke out between Israelis and Palestinians in Gaza.

Biden himself has not addressed the situation before cameras.

“The question is not whether there is anything the United States can do. The question is whether or not the United States is willing and able to do them,” said Aaron David Miller, a longtime US negotiator in the Middle East and CNN global affairs analyst. “We could come up with any number of creative, sometimes very tough-minded ideas, that the administration could embrace. The question is will they, and so far it seems to be they’re highly risk averse even in the face of this intensified conflict.”

Biden, who has emphasized the importance of navigating the United States out of the coronavirus pandemic and the incumbent economic crisis, has said addressing those domestic issues will put the US on stronger foreign footing. He has poured his attention into those matters in the early days of his presidency with the recognition his political standing will be almost entirely determined by how the US recovers.

Unlike former President Donald Trump, Biden has not made it a primary goal to negotiate a peace deal between the Israelis and Palestinians. Though he has embraced aspects of Trump’s approach — primarily the normalization of relations between Israel and its Arab neighbors — Biden’s aides have dismissed aspects of the peace plan put forward by Trump toward the end of his term.

Now there are calls from for Biden and his team to engage more fully in the matter, both from Republicans who have accused him of not standing with Israel but also, notably, from liberal Democrats who want him to speak out on the plight of the Palestinians.

“The United States must speak out strongly against the violence by government-allied Israeli extremists in East Jerusalem and the West Bank, and make clear that the evictions of Palestinian families must not go forward,” Sen. Bernie Sanders, the Vermont independent who battled Biden for the Democratic presidential nomination, wrote on Twitter.

“The ongoing conflict and occupation cannot be ignored,” the left-leaning advocacy group J Street said in a statement on Monday. “Simply working to reduce tensions when violence boils over is not enough. This conflict demands bold, proactive and continuous diplomatic engagement from the Biden administration and the international community.”

As the conflict intensifies between Israel and Gaza, the still-vacant post of the US ambassador to Jerusalem has become the subject of sharp criticism toward the Biden administration, with pointed questions about why the position had yet to be filled.

The US “urgently require(s) an ambassador in Jerusalem,” wrote Martin Indyk, who served as the US ambassador to Israel, on Twitter. “I don’t understand why it’s taking the White House so long and nobody seems able to explain it.”

Tom Nides, a former deputy secretary of state in the Obama administration, is seen as the leading contender to be the top American diplomat in Jerusalem, several people familiar with the matter say. Robert Wexler, a former Florida congressman, was also considered, but his association with a Republican lobbying firm have made him a less likely choice, sources say.

Nides, who is now a vice chairman at Morgan Stanley, spent years working on Capitol Hill and has strong connections throughout the House and Senate. Nides spans the world of Democratic donors, where he has played an active role in presidential politics, and diplomacy, particularly from his time working under former Secretary of State Hillary Clinton.

“He’s well suited for this diplomatic role,” Lieberman said. “He would be a very good representative for the Biden administration in Israel and toward the Palestinian authority as well.”

Like all ambassador nominees, Nides would face Senate confirmation. It’s a process that could take months, which only adds to the urgency for the Biden administration to make the announcement, given the conflict in the region and the increasing focus on the Middle East.

This story has been updated with additional information. 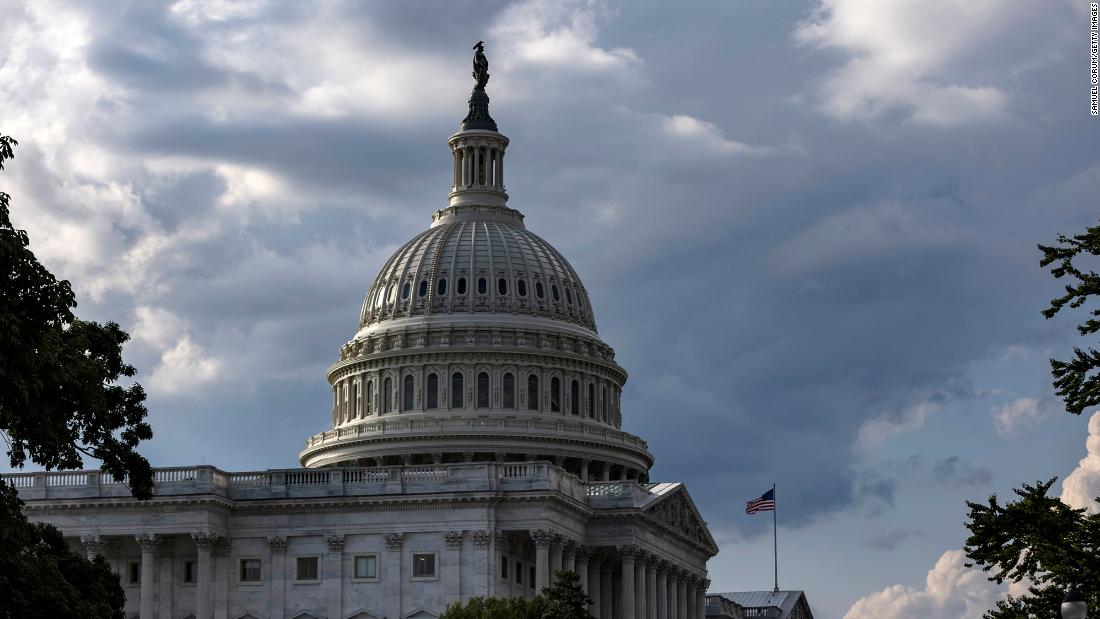 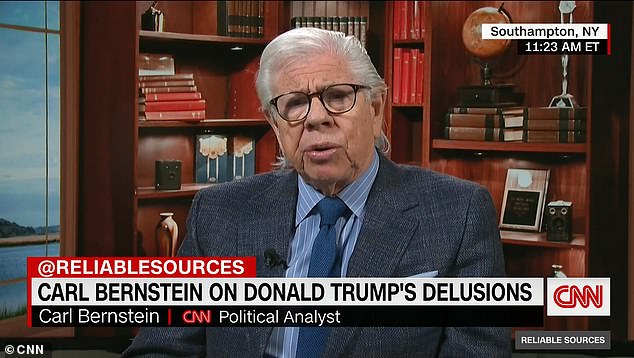